Be Aware, Be VERY Aware 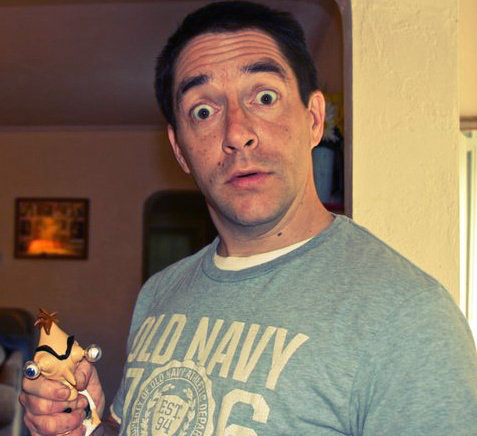 No, I’m not making a Friday the 13th post.  I’m talking about what you are feeling.  I have described before where hurts go and how that affects our emotions.  I have even illustrated this before.  It is then important to know what to do with hurts.  Take time to read these previous posts (if you so choose) via the emboldened links.

I am taking a different approach to this today and helping you see it from almost a completely reverse approach.  The thought came to me during and just after an “incident” last week.  Following my train of thought may help you navigate your emotions and keep you from blowing up or melting down in a given moment of hurt.

I am the announcer for our basketball (and football) teams at our local high school.  During our last home game I had just made my silly announcement where I announce that we are temporarily out of something gourmet (that we nor any other concession stand would ever sell, lobster rolls as an example) but that there are plenty of hot dogs, hamburgers, chicken and pizza to meet all of their concessionary needs.

It was then that a mother came up from behind me and whispered in my ear, “Stop saying pizza, we don’t have pizza anymore.”  She didn’t say, “Thanks for making an announcement promoting our snack bar.”  She didn’t say, “I’m not sure if you know this but we don’t have pizza anymore.”  Nope, it went right to, “Stop.”  I thought to myself, “Oh, ok, my bad.”  I also wish she didn’t choose the middle of our game to say this to me when I am doing 100 other things (announce, prep time out music, get ready for senior night announcing, etc.).

Then, minutes later, after I time out where I played a Beastie Boys clean (always clean) song she once again came up behind me and whispered in my ear, “The reason no one comes to our games is that your music sucks.  Other schools put you to shame.  You need to step up your game.”  Mind you, I don’t play anything you don’t hear in arena’s all across the country.  Playing the same music, we had over 1100 people at our boys game later that evening.

As it is, I’m still announcing the game and preparing for senior night (in between the two games).  That did not stop me from giving her my very best death stare as she walked away.  I did chuckle inside wondering if anyone saw me looking at her thinking that I must have looked ridiculous.

After the game, after senior night (but before the boys game) it occurred to me, “Man, I am really angry.  Wait…if I’m angry that means I must have been hurt (as anger is a byproduct of being hurt).  Now, hurt is having an emotional need not met or taken from you.  So…what emotional needs were hurt and not met?  Well, in regards to the “STOP SAYING PIZZA” line it was appreciation.  In regards to the “Your music sucks” rant it was a bit more complex.  I felt insecure as she (both times) just came up and invaded my space and got in my ear.  I felt disrespected.  I felt unappreciated as I do my best to really promote the girls and make it seem like a professional arena.  There was no thanks for that.  It was reassuring and felt good to have a grasp of what was going on in my mind, heart, and really, throughout my body.

What happened next was beautiful.  A couple of people who work around me during the games had asked me what that was all about.  I told them and they joined me in my anger, they comforted me by joining me in my emotion.  One guy came over and said, “I really like your music, I often download it after our games.”  I remembered that earlier in the week a high school senior told me that a player from another school had told them that they loved how I announce and that it actually pumped THEM up.

That was the bonus with this whole process.  Did you see what happened?  I was given an extra dose of appreciation before any of this even happened!  God knew where this was headed and started working on meeting my needs before I even knew I would be needing them.

So, in a lot of ways this post is just another illustration of some of the earlier ones.  However, in a way, it comes at things backwards from the result of the hurt (anger, fear, guilt, condemnation) through the realization that I had been hurt, to be being able to realize where I’d been hurt, and how God met my need for comfort through others.

Be aware of your emotions, yes, be very aware.  It is a real blessing to watch and see how they work and how your needs can be met.

In conclusion, I have a few “good friends” …distant members of my or “the family” if you will, who had offered to have “bad things” happen to those who have hurt me.  They are very sad that I process my hurts, that I have chosen to not seek revenge or retribution.  It’s bad for their “business.”

ps-the last paragraph for the most part is completely untrue but makes me laugh and feel cooler than I actually am.